Idaho Falls serves as a regional hub for health care, travel and business in southeast Idaho. The community's economy was mostly agriculturally focused until the Atomic Energy Commission opened the National Reactor Testing Station in the nearby desert in 1949. 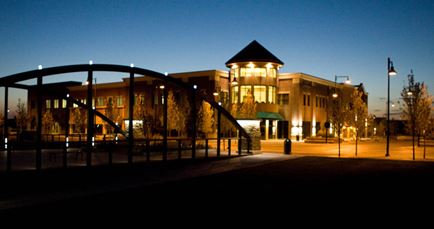 The town subsequently became largely dependent on high-income jobs from "The Site," officially called the Idaho National Laboratory (INL) since 2005. Also thriving in Idaho Falls is a growing retail, entertainment, and restaurant sector, a regional medical center, and added funding for small businesses.

In May 2006, Inc. magazine ranked Idaho Falls eighth on its list of "Hottest Small Cities" in the U.S. based on the region's job growth rate over the prior 10 years. Idaho Falls was also listed Number 2 on MSN Real Estate's list of top ten best smaller cities in America, in terms of job prospects, quality of life and cost of living.

Idaho Falls has become a regional business hub. It hosts the headquarters of the United Potato Growers of Idaho and District 7 of the Idaho Department of Health and Welfare. It is also the home to several small to medium sized national corporations such as Melaleuca, Inc and Press-A-Print International.

Learn why your business belongs in Idaho Falls (PDF).
[]